Tuesday, September 1, 2009 – At first glance, Ainsworth Elementary school looks like most schools, except for one thing: it has not had a single blade of grass for children to play on. Instead, children have learned to play on the asphalt, inventing games to accommodate the “No Running” policy.Julia Reimann was an avid soccer player, an artist whose pictures jumped off the page, a musician, a loyal friend and a loving sister and daughter. It has been a year since her passing and a lot has transpired. This extraordinary girl has spurred an entire community to raise funds and spirits so that now, where there once was asphalt, there is an expanse of green. The new 130’ x100’ back field is the first of its kind built by Robinson Construction and engineered by CARDNO WRG. This field utilizes Sprinturf ultra blade MM syntheic turf system and, thanks to Nike Grind, incorporates 100% recycled rubber from Nike shoes.

What began just a year ago, as simply a notion has now become reality. The Ainsworth School Julia Reimann Field will be dedicated on September 2nd, 2009 at 5pm. We invite you to join us in a short ceremony as the Reimann Family, Ainsworth Elementary School and the local community come together on this day. Your continued support and strength will ensure this beautiful new field has kids playing on it for generations to come. Immediately following the dedication will be the traditional 5th graders vs. teachers Kickball game to officially kick off the opening of the field. 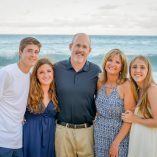 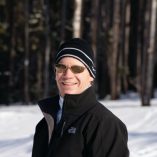